Wishing you Peace, Freedom, & Joy this Holiday Season and Throughout 2022

"The Growing Prominence of China on the World Stage: Exploring the Political, Economic, and Cultural Relations of China and Global Stakeholders" 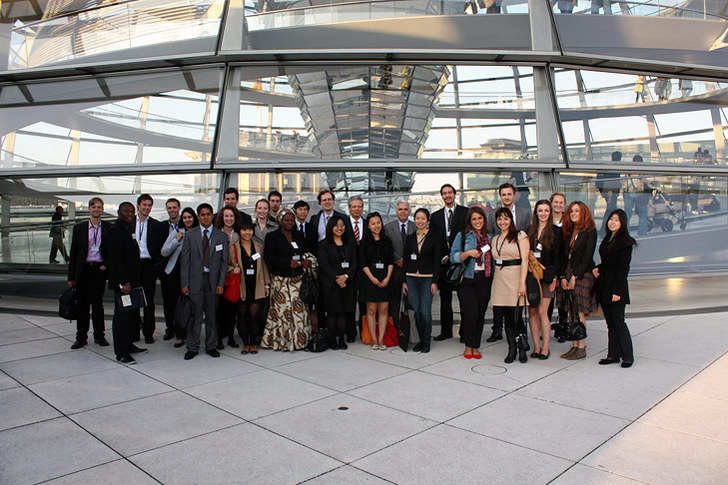 The Institute for Cultural Diplomacy led the Europe meets China Young Leaders Forum from the 12th to the 14th September 2011 and the Sino-Global Discourse “The Growing Prominence of China on the World Stage: Exploring the Political, Economic and Cultural Relations of China and Global stakeholders” from the 15th-18th September 2011. This was Kindly hosted by the Chinese Cultural Centre Berlin, Hong Kong Economic and Trade office, the Bundestag and the ICD House.

The Program brought together a group of 30 participants - 13 Young Leaders and 17 Conference members and over 40 leading international speakers from professional backgrounds such as Academia, International Relations Public sector, Private sector and NGOs other civil society actors.

The Conference and Young Leaders forum consisted of very full program of interactive panel discussions, group workshops, EMC research paper presentation and presentation venues including the Hong Kong Trade and Economic Office in Berlin. The participants were also given the opportunity to present their own papers, which led to a varied and diverse program of events spread across the week.

During the forum the participants participated in lectures and workshops in the ICD House, as well as visiting a number of relevant organizations and institutions in Berlin. Below is a complete list of the locations that were part of the forum.

“The Dynamics of Worlds Order, Disorder and Reorder: Perceptions and Reality of China’s Role in Reordering the Current World System”
Dr. Mammo Muchie

“Chinese Culture: A Vector or a Barrier to Globalisation.”
Hon. Asraf Ally Dulull “The Exploration of ‘soft’ and ‘hard’ power.”
Dr. Makiko Hamuguchi-Klenner