"Promoting Peace and Stability in the Mediterranean: An International Peacebuilding Congress" 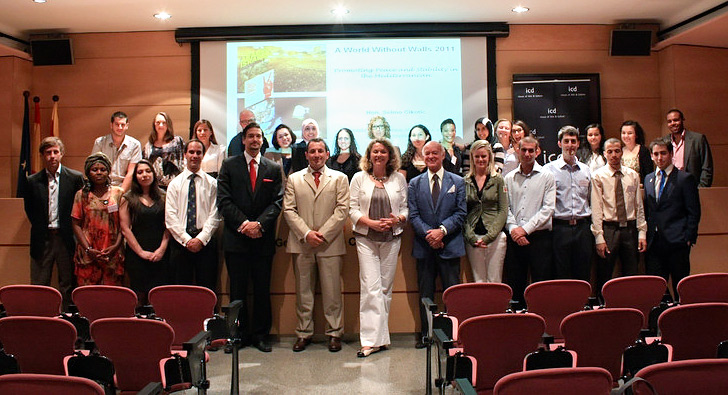 The program brought together a group of 40 Conference participants and over 30 leading international speakers from backgrounds such as Academia, International Relations and NGOs.

The Conference consisted of a very full program of lectures from individual speakers and interactive discussions. The participants were also given the opportunity to present their own papers. The evenings were dedicated to cultural activities related to the La Merce Festival as well as a visit to the Barcelona Symphony Orchestra Concert Hall. All this led to a varied and diverse program of events.


An Introduction to the Speeches

Knowing Complexity for a Durable North-South Democracy
Prof. Dr. Carles Castellanos Marginalized European and Mediterranean Peoples for a World without Borders
Aurelí Argemí What a Neighbour Gets is Not Lost - Priorities of the Polish Presidency in a New European Neighbourhood
H.E. Amb. Ryszard Schnepf

Women, Peace and Progress in the Mediterranean
Anna Mercadé Ferrando