The Academy for Cultural Diplomacy established “The European-American Relationship Program” to strengthen the political, economic and cultural ties across the Atlantic and to highlight the importance of this relationship to international activity in pursuit of global public goods.

The United States and Europe have a deep historical relationship that has bound the two regions from the Age of Enlightenment and political revolution, through the waves of 19th century immigration, to the political manifestations of the Cold War and the predicted new world order. European heads of state frequently refer to a “special relationship” with the US, and a “Trip West” is inevitably one of the first official visits they will undertake upon election.

Despite these common experiences, and longstanding cooperation in global politics, there remain key areas in which the transatlantic relationship has become strained, notably over the past decade. These differences are most prominent with regards to foreign and security policy, in particular the use of military force abroad and the need for a comprehensive approach to climate change. The digital revolution has also resulted in differences in domestic policy, such as the role of religion in society, becoming international news and influencing public opinion abroad.

If the challenges and opportunities of an increasingly globalized world are to be met, the US and Europe, comprising around half of the world’s total GDP, must work together. It is in recognition of the importance of this relationship that the ICD established the program “The European-American Relationship Program”. 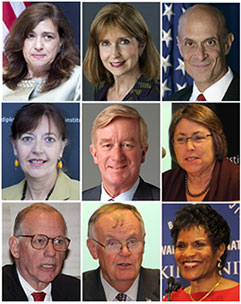 In Discourse with US Leaders »